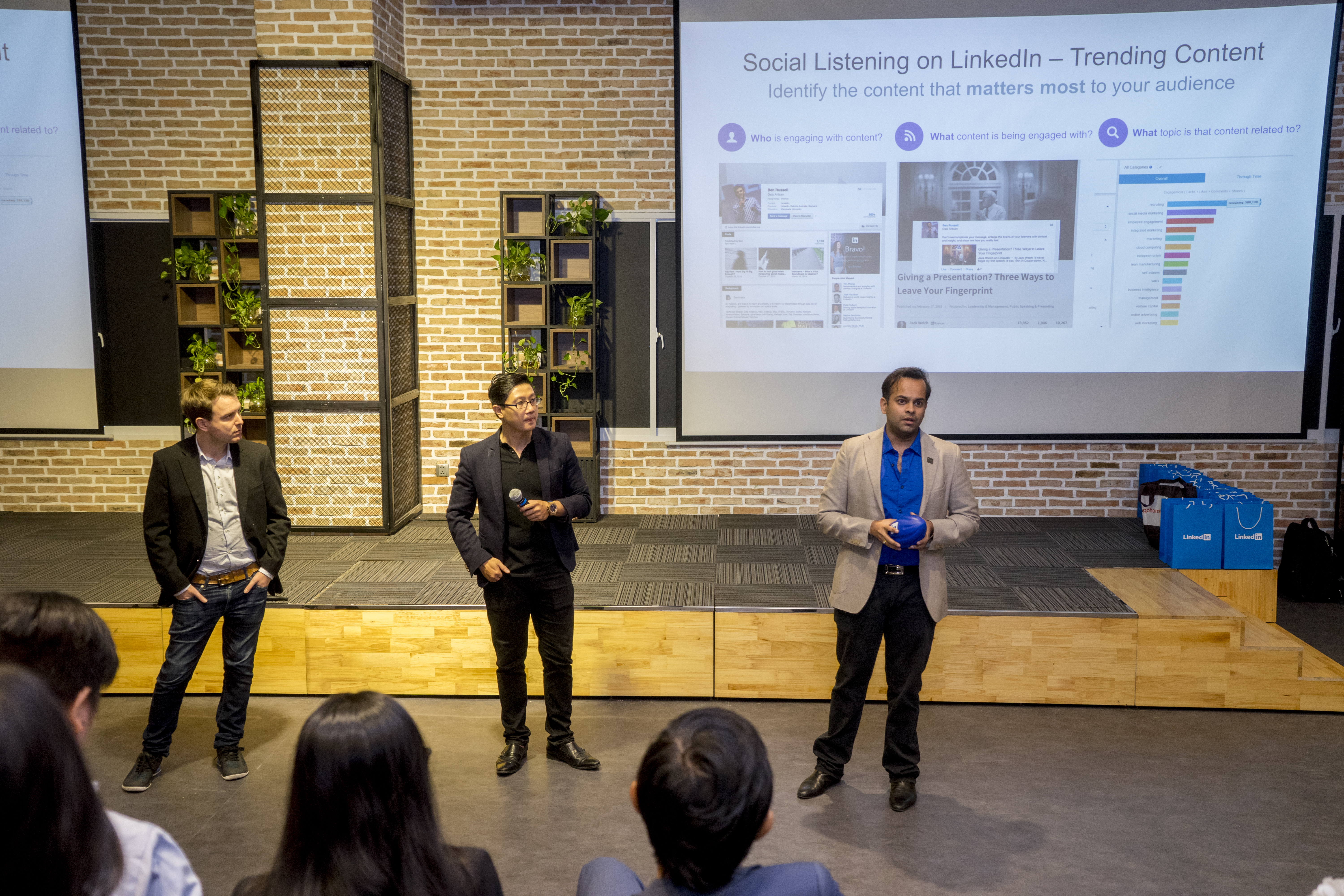 RED² Digital Solutions has signed an exclusive partnership with LinkedIn in Vietnam. With over 450 million active members worldwide, 100 million in Asia alone, LinkedIn is a popular hub for professionals to stay up-to-date with the industry. Advertising on LinkedIn means marketers can directly reach decision-makers, influencers and the people that matter most to businesses everywhere.

RED² Digital Solutions will be LinkedIn’s sole partner for ad distribution in Vietnam. They will help brands to gain access to LinkedIn’s capabilities and their professional segments.

Luke Janich, CEO of RED², said, “We’re excited to be LinkedIn’s partner of choice in Vietnam at this incredibly exciting time. We’re starting to see more and more global brands entering the market – and we’re honored to be representing one of the world’s most notable tech brands.”

He added, “B2B and Enterprise brands are seeing impressive growth right now. For these businesses, LinkedIn is a powerful platform, helping them to engage the right customer at exactly the right time. With LinkedIn, we’re able to target highly specific segments: from business travelers and to directors, finance or IT professionals. As well as exclusive segments such as Entrepreneurs, Expats, Meeting and Event planners.”

In Vietnam, LinkedIn’s penetration has been rising year-on-year and it is now one of the nation’s top four social networks (Comscore, Vietnam 2016). It’s also becoming more popular with marketers as they seek a more premium advertising environment. For instance, LinkedIn’s lead adverts are driving the highest performance and ROI in the B2B segment right now. They are also some of the safest for brands, harnessing automated bots to create a fraud free environment. LinkedIn currently reaches more than 1.8 million professionals in Vietnam, offering unique opportunities for brand building, product marketing & B2B.

“With more than two members joining LinkedIn every second, we believe our exclusive partnership with LinkedIn offers an undisputed opportunity for Vietnamese professionals to take the next step in their performance marketing & digital transformation,” said Luke Janich, CEO of RED².

For more information, please email us at lukejanich@red2digital.com.vn.

Fake news: It's time for brands to act

While brands usually shy away from controversial issues, the rise of fake news represents an opportunity worth considering

Nothing highlights the changing nature of news better than, well… fake news. Since the US presidential election, it’s been firmly at the top of the agenda because of its alleged role in turning voters towards Trump. So should brands be worried about fake news spilling over from politics to products and services—and, if so, what can we do about it?

The good news is there have already been some worthy attempts to stem the flow. Facebook and Google are already stopping ads from appearing on fake news sites. They’re hitting the publishers of such content where it hurts: their advertising revenues. By removing the profit motive, these brands have taken an important first step. But even so, vetting sites is hard work, as Facebook and Twitter have found. And its effectiveness is sometimes questionable: though Google now monitors its ads, fake news still appears in your regular search results.

There’s a bigger problem here, though. Even if Facebook and Google’s attempts eventually work, we’ve given them an immense responsibility. They’re now, in effect, the gatekeepers of what content is ‘real’ and what is ‘fake’. I’m not sure how this will play out in the long run. After all, there’s no doubt that detecting fake news is hard work. It takes an understanding of the area in question—as well as the time and human resources to do it. There must be a better way.

And this is where brands could come in. They have resources, scale and expertise in all kinds of sectors. That makes them powerful in the fight against fake news.

A hidden opportunity for brands

It’s no secret that every brand is an expert in something. Take a look at any corporate blog or social-media account and it should be plain to see. And it’s here that there’s an opportunity.

Most marketing teams have content writers, social-media managers and researchers—whether that’s in-house or through an agency. These are all the people you need to start adding to the conversation in a meaningful way. Sure, you may have to move your focus from run-of-the-mill content to more reactive pieces, but it’ll be worth it if the story gets picked up.

The key thing is, this isn’t about upskilling or growing teams, it’s about shifting our focus outwards. Then we might see tech brands or healthcare companies calling out fake news stories, rather than just ignoring them. We might even see brands commenting on, dare I say it, politics. Every company spends time and money on knowing its industry better than anyone else, and at the moment, that’s a huge untapped resource.

So my question for brands and agencies is this: why don’t we become the experts here? Then rather than worrying about whether—or, more likely, when—fake news will start hitting brands, we can take the fight to the purveyors of fake news. And we could create some incredible content and PR in the process.

*This article is originally published via Campaign Asia on Jan 4th 2017.